All you salmiakki fans are in luck because today we have a salmiakki triple-feature.  I found three varieties of MUST salmiakki: Touch of Sea, Moods of Black, and Dark Shots.

Without further delay, let’s get to sampling these quality confections. 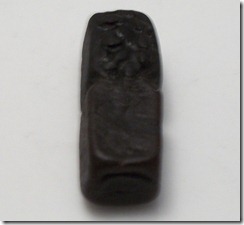 Because ordinary salmiakki just doesn’t taste salty enough, I was happy to see that the fine folks at Malaco have thoughtfully added sea salt to their Touch of Sea variety.  Cautiously, I tried a piece, and astonishingly I found it quite edible.  Don’t get me wrong, it’s one of the saltiest things I’ve ever tasted, but I was not even close to spitting this one out.  In fact, I might even be willing to snack on these if I have a glass of water near by. 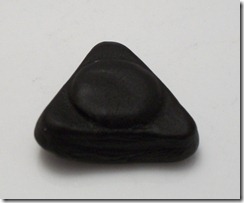 Next up is Moods of Black.  Judging from the packaging, this looks like a standard salmiakki candy with nothing crazy added to it like sea salt or chili powder.  Feeling confident, I opened the package and tried a piece.  I’ll be honest, this one completely met my expectations; licorice: check, creeping salty salmiac flavor: check.  There’s not much more to be said about it. The last entry today is Dark Shots.  These candies instantly reminded me of milk duds, which I actually like, so I had high hopes.  The outside did not taste unpleasant, and this only made me more confident that I would like these too, so I took the plunge and bit into one.  It actually tasted pretty good… at first.  After a few seconds, an unpleasant taste started to grow out of nowhere, eventually overwhelming everything else, and I was forced to spit it out.  I can’t describe the taste, because I’ve never had anything quite like it.  I really, truly can’t put it into words.

To wrap things up, my favorite of these three is definitely the Touch of Sea, but Moods of Black is also quite edible.  Dark Shots, however, hide a terrible secret in their center that makes them inedible.