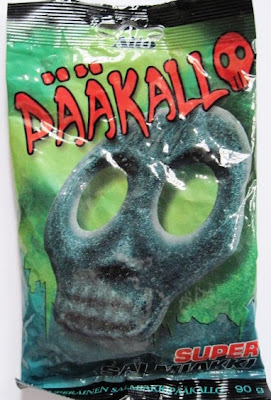 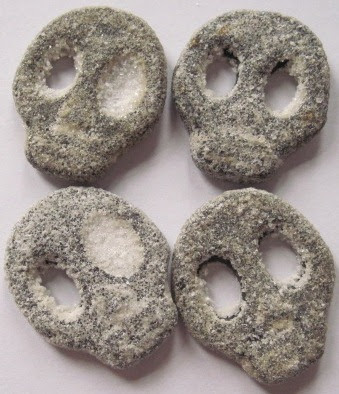 
Clearly, this salmiac was just too strong for Shun's politeness, and he had no choice but to spit it out after experiencing a nearly intolerable amount of pain. Afterwards, he described it as "like a poison," which means that the pääkallo has earned the caustic rating.
Posted by Alex Papadimoulis at 11:53 AM 63 comments: