We have a delightful chain of stores here in the states called World Market. In addition to fun home décor and furniture, they sell treats and candies from around the world. They’re usually a pretty mild versions – for example, they don’t stock sugared, freeze-dried squid snacks – because, as Americans, we want to feel like we’re doing something exotic… not actually do it.

So I was a bit surprised to find actual salty liquorice at the store. It was probably a mistake on the part of World Market’s buyer, as I’m pretty sure there’s an import ban on the stuff. Or, at least there should be. The salmiac was hidden among other foreign-looking liquorice. 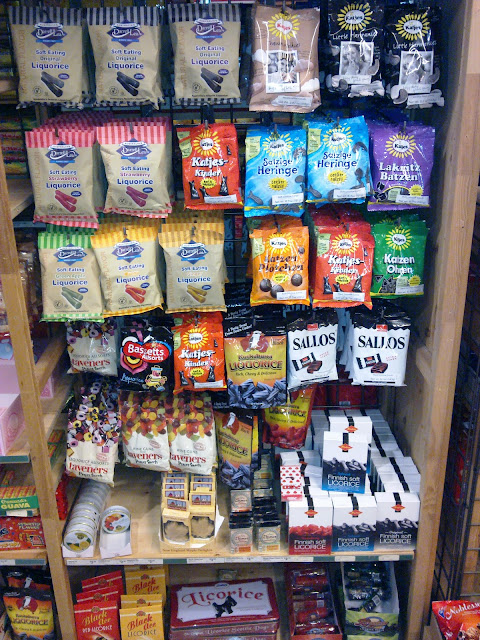 Like most of Katjes products, Little Harmonies look harmless. The cheerful model on the front even proclaims it, “My daily yin & yang.” I could see how a foreign-candy buyer might get confused. This actually looks like real candy. 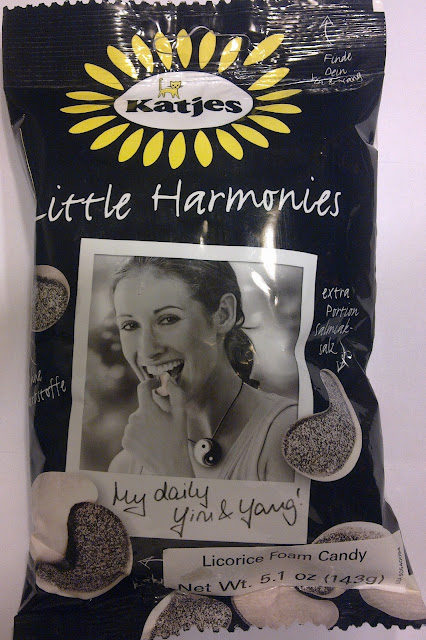 Opening it up revealed a spongy-textured teardrops of salty liquorice and... whatever the heck the white stuff on the other side is. 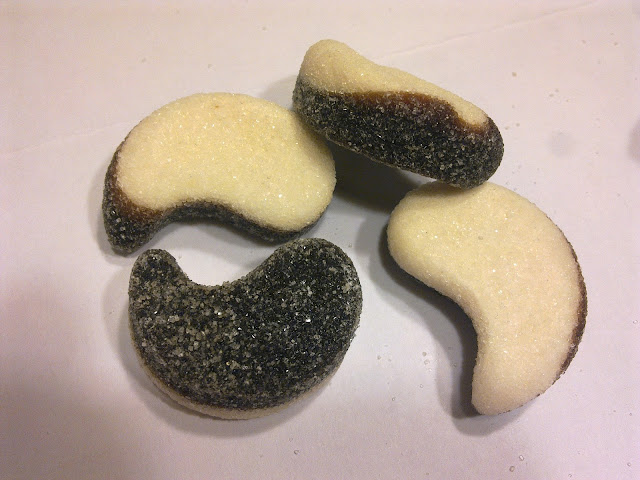 My experience with Salmiac has taught me to fear candy that looks sugar coated, so I was a bit reserved when I took a bite. But it actually was sugar. The texture was a bit strange - somewhere between a marshmallow that has been left out for two days and a gummy bear - but it was not unenjoyable.

As for the taste... it was really difficult to pin down. There was some salt and some liquorice, but it was all very muted. I suspect that's a result of the fluffy texture.

All in all, I can't say that I liked them... but I didn't dislike them. Therefore, I'll award them the bland edible tag.
Posted by Alex Papadimoulis at 4:36 PM